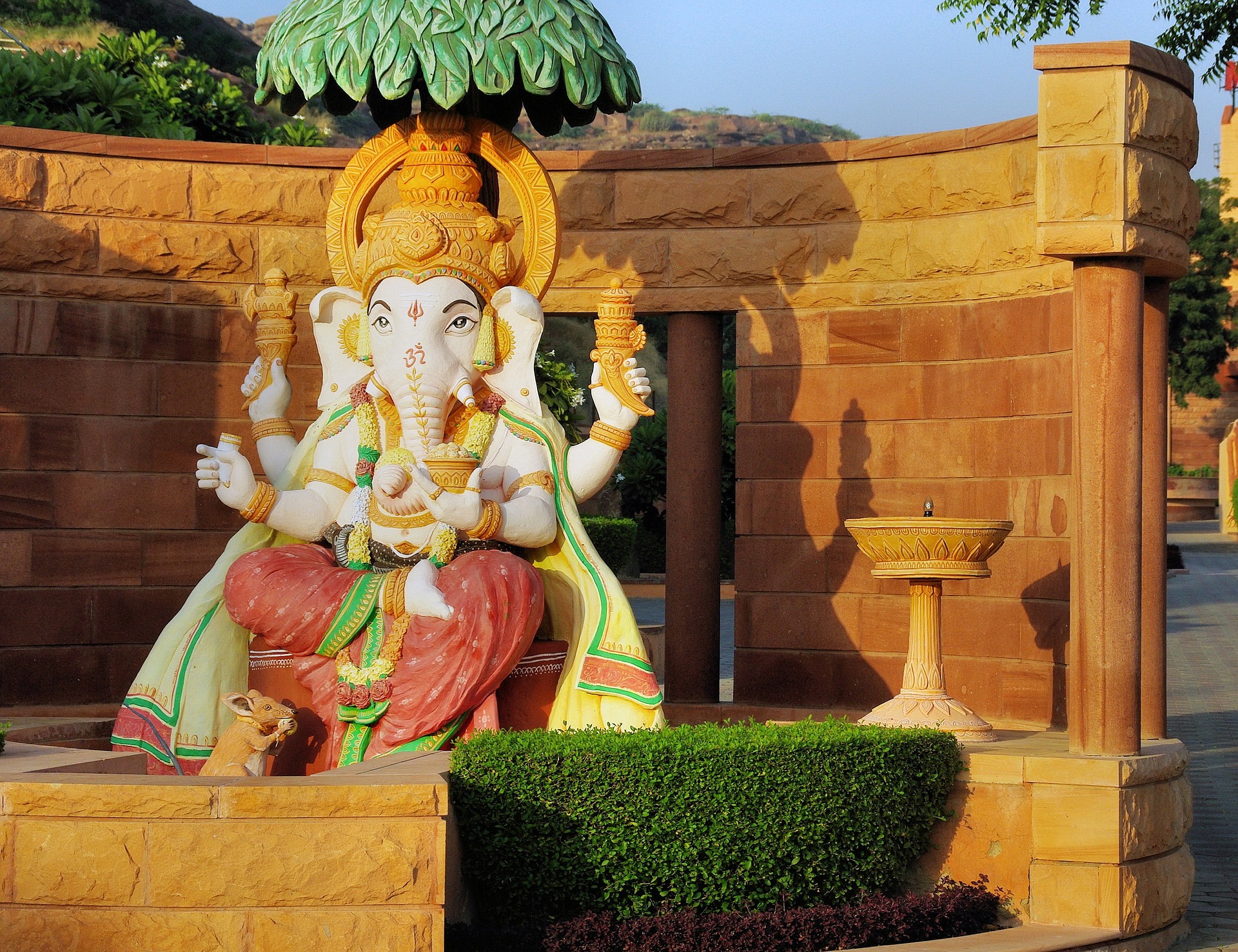 Lord Ganesha is worshipped across the entire length and breadth of India, this worship turns especially more vibrant and colourful around the time of Ganesh Chaturthi. Often falling in the months of August or September, this festival is one of the most prominent, especially for Hindus in Goa and Maharashtra.

The festival is marked with the installation of Lord Ganesh’s clay idols privately in homes, or publicly on pandals (temporary stages). Observations include chanting of Vedic hymns and Hindu texts such as Ganapati Upanishad, prayers and upvas (fasting). Offerings include sweets such as modaka believed to be a favorite of Lord Ganesh. At the end of the festival, which can last for anywhere between one and half days to 21 days, the idol is carried in a public procession with music and group chanting, and then immersed into a local water body such as a river or ocean, in what is known as the Ganpati visarjan. In Mumbai alone, around 150,000 statues are immersed annually! The clay idol dissolves and Lord Ganesh is believed to have returned to Mount Kailash to Parvati and Lord Shiva.

Lord Ganesh, like most popular Hindu deities, has many stories surrounding him. The little anecdote on top however, is a crowd favourite, much like the deity Himself. With the head of an elephant on a child’s, pot bellied body, Lord Ganesh makes for an endearing figure. The story of how he came to have an elephant’s head is something Indian children have grown up hearing for centuries. The most prevalent of these stories features Lord Shiva, who is Lord Ganesh’s father, in a prominent light.

Parvati, the wife of Lord Shiva was alone at home and wanted to have a bath. To guard the entrance, Parvati created a human child – Ganesh – from mud and asked him to guard the entrance while she took a bath. While Parvati was bathing, Lord Shiva arrived and wanted to enter the house. However, Ganesh blocked him from entering saying that his mother had ordered him to not let anyone inside. Enraged, Lord Shiva cut off Ganesha’s head and entered the house. Parvati, when she learnt of what had happened, was overcome with grief.

When he found out that Ganesh was his own son, Lord Shiva was horrified too. Parvati then asked Lord Shiva to go down the Himalayas (their abode), and to cut off the head of the first animal that came his way and attach it to the headless body of Ganesh. The first animal Lord Shiva found was an elephant and that is how Lord Ganesha came to have the elephant’s head and with it, infinite wisdom.

The Story of Kartikeya and Ganesh

Lord Shiva asked his two sons, Kartikeya and Ganesh to circle the world and return. Kartikeya, Ganesh’s younger brother hurried off on his peacock, which was his vehicle of choice but Ganesh simply walked around Shiva and Parvati. When asked to explain his actions, he said that for him, his parents constituted the entire world. Pleased, Lord Shiva granted him a boon, saying that before undertaking an important task, people would pray to Ganesh.

The celebration of good beginnings

We love Goa during Ganesh Chaturthi and we’d like for you to have a glimpse of the festivities too! We present to you, our special Ganesh Chaturthi offer; stay for three nights and get the fourth night FREE on a bed and breakfast basis, where breakfast will be complimentary!

Like what you hear? These offers have a limited validity, call us on 0832 2538090 for more details on the currently running offers. You can also book here!